Dinosaurs Living in My Hair 2 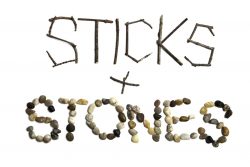 Dinosaurs Living in My Hair 2! touches on bullying. The intent was to start a conversation between the reader of the book and the child about bullying. It gives four examples a child can do to ward off bullying attempts. Stand up straight. Make eye contact. Throw mean words into the trash. Tell an adult at school. Teaching children to “stand up straight and make eye contact” is critical. These two simple acts show confidence and self-assurance. Children are less likely to be picked on if they exude strength. This needs to be practiced and reinforced often. Adults should use encouraging words so it becomes second nature to the child. “Throw mean words into the trash,” is an example of not letting mean words hurt. I teach students to visualize mean words coming through the air at them. Rather than letting them stick to them and hurt, they simply pluck them out of the air and throw them into the trash.” Kids understand this visual. It’s important they know the words coming toward them say more about the person who spoke them. “Tell an adult at school” seems simple enough, but only 20 to 30% of students report being bullied.” That statistic is incredible. That leaves 70 – 80% of bullied children living without help. Start the conversation: Listen without judgement. Let them know they are not alone and you are there to help. Make sure children know it’s not their fault. They are not to blame. It is the adult’s responsibility to make the bullying stop. Bullying is never okay. They have a right to be safe. No one deserves to be bullied. They deserve to be treated with respect. They have a right to feel safe at school. Create an action plan! Create a plan that works with your child’s strengths. PRACTICE the plan! Share with coaches and other adults who interact with your child. Stand up, don’t ignore.